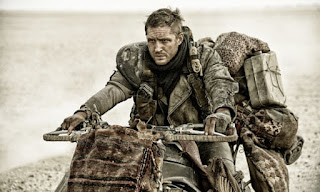 With all the guns and grunts out of they way the last set of units to review are those that do not have a direct combat role. The medic, medi bot and engineer None of them come with any particular damage out put to write home about, their purpose in life is to help others. First up a straight comparison between the two medics. 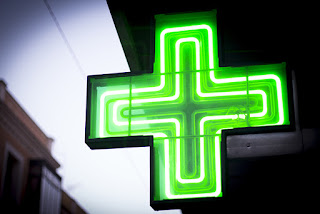 I have only picked up 2ed and the recent Escalation protocols books and it seems that there has been a bit of a rework of the medics as I presume no one was taking them. The original ability to fix up a model that was injured doesn't really have a big advantage when most of your stuff is size 1!  The corporation is probably more suited to zipping up body bags than administering aid. The only slight benefit is the resilience the model will offer to a model in the same square. Once you have given him a ranged rifle he ends up being 5 points more than a standard marine with the same stat line. there's a chance it may help out but 5 points is almost another recruit...

The medi bot is a slightly different prospect. it has no offensive capability but can provide a defender shield to its compatriots. it does weigh in at a hefty 18 points and is only size 1 with no armour. it could be handy to get it in an amongst the troops adding support but it'll take up a specialists spot and I keep coming back to the equivalent bodies I could put out. 18 points is another 3 models with guns! An elite ranger force could benefit from this but they'll need to wait for the bot to get there which negates their advantage of deployment.

On both counts I think I would rather spend the points elsewhere.

You want me to fix that?

I love the idea of an engineer model running around fixing things up, acting like a sapper and deploying traps etc. sadly the role that has been chosen in for the profession is largely useless. Running about with the equivalent of a metal detector to try and stop bombs blowing up seems a big points investment. There is one key thing that the extra point over a standard marine gets you. The hacker Skill seems essential in some new scenarios. I think if you know there is a chance of playing one of these you have to make the extra point investment and take an engineer. They still come with a rifle and reasonable shoot and survive stats so it's no huge loss.

I do feel mantic have missed a little bit of a trick and that the engineer could be pointed a little higher and allow them the ability to heal constructs. This feels in keeping with the profession. Part of me really wants to take one as I intend to use this great model from ramshackle games. 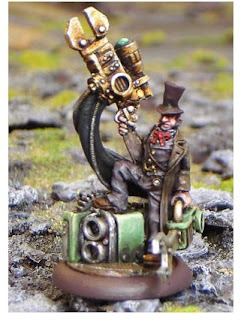 Legends in their own lunch hour

Seeing as I have the space and it'll round off the whole list I'll take a quick look at the living legends.

Major Chard doesn't particularly set the world on fire for me. The extra tactician die could work nicely with the Major General giving 6 but it seems a little pricey at 30 points for that. The pistol at R4 is going to put her in danger and I just feel the points could be better spent elsewhere.

Commander Roca seems to give a whole stack of bonuses but does cost the same points as a strider. he could play very nicely into a Ranger heavy build especially with the extra tactician topping up to 6 dice. I may consider him but using the standard index of how many bodies can I get instead he weighs in at 7 recruits. All who can go and grab objectives and get the odd shot off. If I wanted to just have a laugh and go super elite I'd take him

I think that covers all the unit entries. Who knows if what I have been typing is sense? (I have already learnt that the strider can in fact climb as it is not a vehicle). All these cunning thoughts and schemes will hopefully come to fruition as I appear to have my first game in the pipeline. I have the scenery to tackle and it's a pretty overwhelming box of connectors, sprues and pieces. If I get the chance I'll do a post about it. Apologies for the lack of painted pics lately I have been as usual distracted by other things. Namely this fine fellow, at the same time trying to organise my ogres into a Vanguard company for a slow burn campaign. 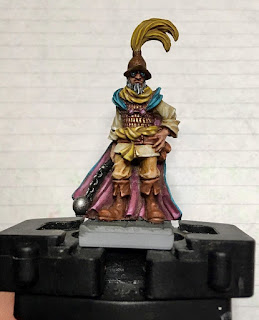 Hopefully the next posts will show some actual toy soldiers, not pictures of popular culture. If you have any thoughts please feel free to comment.