May 01, 2018
Another few weeks pass and I have had the usual scattergun approach to painting. Attempts to organise the chaos have failed so the current list is:


In addition to all the painting I'm attempting to squeeze in games for a blood bowl league at The Ludoquist, Croydon. The league as started well with a win over the Ogres of  "Cathay Sadistic" before taking a kicking against the "Brutes were made for Orcing" Orcs. Next up are the Underworld critters who hopefully with their lower strength and armour I should stand a chance against. Currently in a healthy mid table position and I've not had a goblin killed yet despite playing two bashy teams so I'm happy . 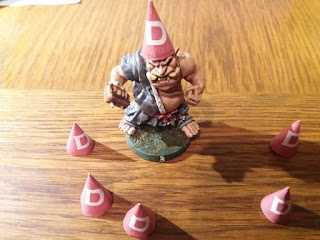 It seems to be very slow off the ground but driven by the indomitable Dan Read there is also a SELWG KoW league that I'm in. Getting games seems to be tough at the moment and the deadline for bonus point completion of the first game looms. If it does all end in naught then at least it's made me get my army painted for a tournament! 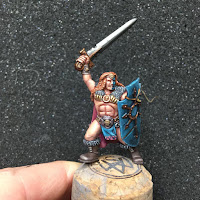 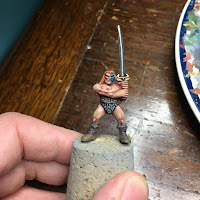 The fleshlings are moving along nicely to inhabit the dungeon theme base I made. The only issue I have is that I am spending way too much time on them and am now having second thoughts about whether to keep the Warhammer Quest chap as a hero.

I've finally got round to multibasing my tortured souls into a pair of regiments that I can make up to a horde if I like. despite losing the CS in CoK18 I think the -/15 Nerve they have is too good to ignore to use as chaff. If they get a charge into a flank or hold something up that's fine. 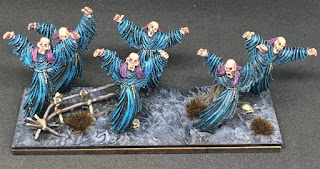 In the next post I'll try and put something up against a little bit of painting I've been doing for Shortwars which has been great fun. Here's a little teaser. 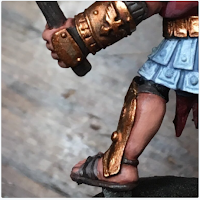