With some base layers down it was time to put some mid tones in and then start the process of adding some volume by Glazing. As it was the biggest area and the lightest colour I took the Spacewolf Grey and went over all of the Blue Grey leaving some base coat only in the recesses. This took a heck of a time to get a consistent colour and a fair few coats. The end result was pretty startling and far from the "grey" I associate space wolves with. As instructed, the flesh was given a coat of bronzed flesh/bestial brown mix and I highlighted up a couch more with just bronzed flesh. The red parts got a coat of blood red and they started to get a bit of life and pop. At this point I was a bit worried that the end result was going to look way too stark. 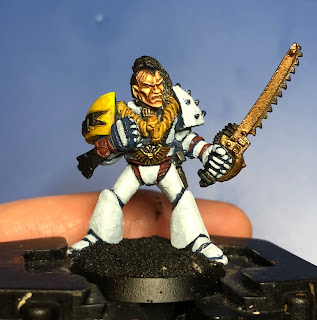 The Space Marine Painting guide suggested using dry brushing t build up depth on on the flat armour plates. I will admit at this I deviated from the true path (don't let the inquisition know). I am awful at dry brushing and have recently started learning how to glaze to get depth on things. I picked up a put of shadow grey and went to town with several thin coats pulled down to the lower parts of the armour plates. At the very underside of each area I deepend the colour with some Blue grey. I am pretty happy how they turned out and that the start off white has gone. 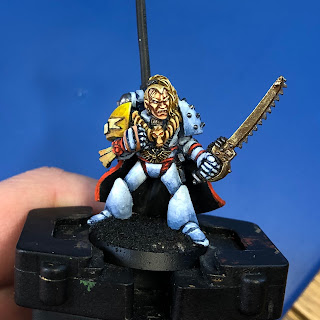 The yellow pad and face got a gentle glaze of brown ink. Again I forgot how savagely strongly pigmented this is and had to reapply some of the mid tones over the top to get a decent blend.
I have some bits and pieces on the details to finish off then the wolves, bases and banners. It looks like there is no banner available on the back of the paint set manual so It's time to try some freehand! 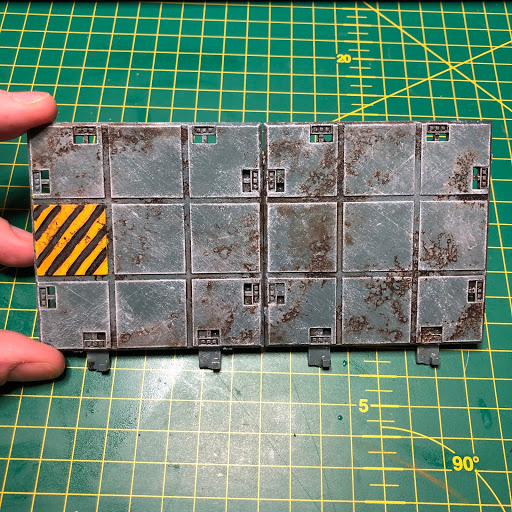 Having knocked out a few more Deadzone models (I may stick a blog up about them too at some point) I thought it would be fun to delve into the box of scenery that I picked up a while ago. It was a combination of some ebay purchases and a box of bits from a great local guy at a Kings of War Event. I didn't really know where to start so grabbed whatever bits came to light first and started chucking them together. Within a few hours I  concocted the idea I was building a hide out for the rebs in an abandoned mining complex. It meant I could use some of the odds and ends I had laying around from Star Saga and Ramshackle Games' resin parts. Now with some big lumps done I took a couple of plates and thought I would try out some test paint pieces. Ever since seeing Nick Williams doing some on his Orks I'd had in the back of my mind trying the salt and hairspray method of painting. This was brought even further to life with one of my clubmates showing me some of the pics he'd
Read more 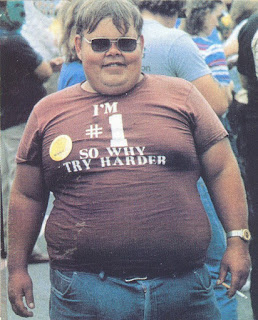 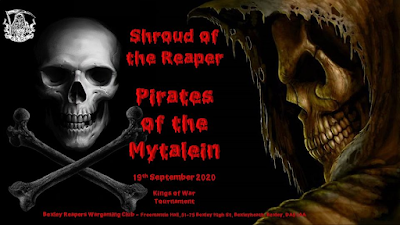 Intro After a couple of false starts over the years I finally made it to an event hosted by Bexley Reapers. chucking my freshly painted Ogre pirate units into the car I set off for 4 games of Kings of War accompanied by access to a slightly insane event only Special Character in the form of Davy Jones.  If you want an expert   assessment of the lists on offer look no further than one provided by Troll Cast here .  I took the usual mix of an infantry block in the form of two siege breakers supported by a pair of warlocks and some boomers to help manage the back field and clear chaff. These also had the insurance policy of a blaster to hide behind them. Then a bunch of hard hitting things that could operate on their own, provide a threat and generally look for flanks or just go and die.  Accompanying this rat tag bunch of pirates and to fit in with the theme of the Davy Jones and pirates I took a regiment of pirate scarecrows and a shade represented by an animated figurehead. Yes they a
Read more