A journey swimming with the fish men

February 06, 2018
I always like a challenge involving good modelling opportunities, not having a straight forward army and the chance to do something not quite the norm. When i got my first fantasy army in the early 90s it was a greenskin one. I loved the mass horde style and the constant unpredictable risk simmering under the surface. Would there be a failed animosity test? Would that bunch of goblins with terrible leadership run away again? Elite armies were not for me. This did have the issue that it meant painting a lot of miniatures. Speed painting with unthinned paints leads to pretty terrible consequences when coverage is key no matter how thick the gloop is applied. Life got in the way of wargaming in the 00’s and all the old boyz got packed up in boxes. 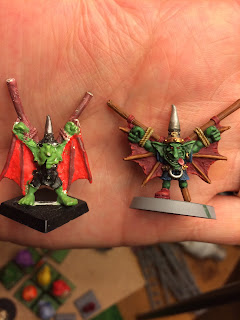 Fast forward 15 years and through a network of board gamers and attempts to sell off all my old minis i realised there was still a spark of interest and that i really did still enjoy painting toy soldiers and rolling dice. Through a couple of purchases of some new units i wished I’d had when I was younger, i stumbled across gaming clubs in pub basements and village halls. A whole world that i never knew about having grown up with a GW doctrine firmly embedded in me. I dug out all my old human infantry, added a few bits and started painting them up to be used as the kingdoms of men. A few games of Kings of War in and I was finding it ok but not really liking the play style. I’d not really liked the fluff of the orcs and goblins in KoW so i dusted off some old tzeentch conversions and half finished units and threw my lot in with the abyss. 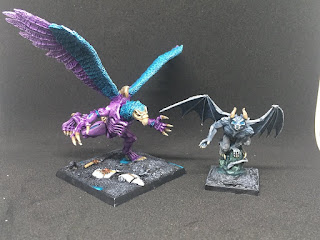 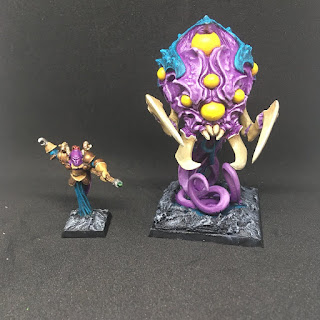 Abyssals are about as removed from a 4th ed Warhammer greenskin army as you can get. Elite, flying, dependable in combat. In the 6/7 months I’ve been playing KoW they’ve held their own and I’m now tantalisingly close to having a fully painted 2k force with options to swap in. I liked the challenge of playing a different “elite” style. With everything so expensive you have to really maximise your choices and i often found myself stripping all artefacts off just to get the drop and unit strength up. 2018 turned up with the news i could get a big old discount on some KoW units through ebay so having wanted to do a full mantic army and knowing i could get great value i made my decision.

If limiting myself to Mantic, greenskins, abyssal (chaos) dwarves and undead were out as i already had loads. The greenskin in me could never bring myself to play lves and I’ve never got on with Dwarves. Ogres were another elite army so they were out. This left Basilea or Trident Realms. Salamanders didn’t have the model count and Forces of Nature i figured i could hodge podge together with a load of other stuff i had. Trident Realms are like nothing I’ve ever played before and the freshness appealed. Another human army I could do with out. Fishmen it was. 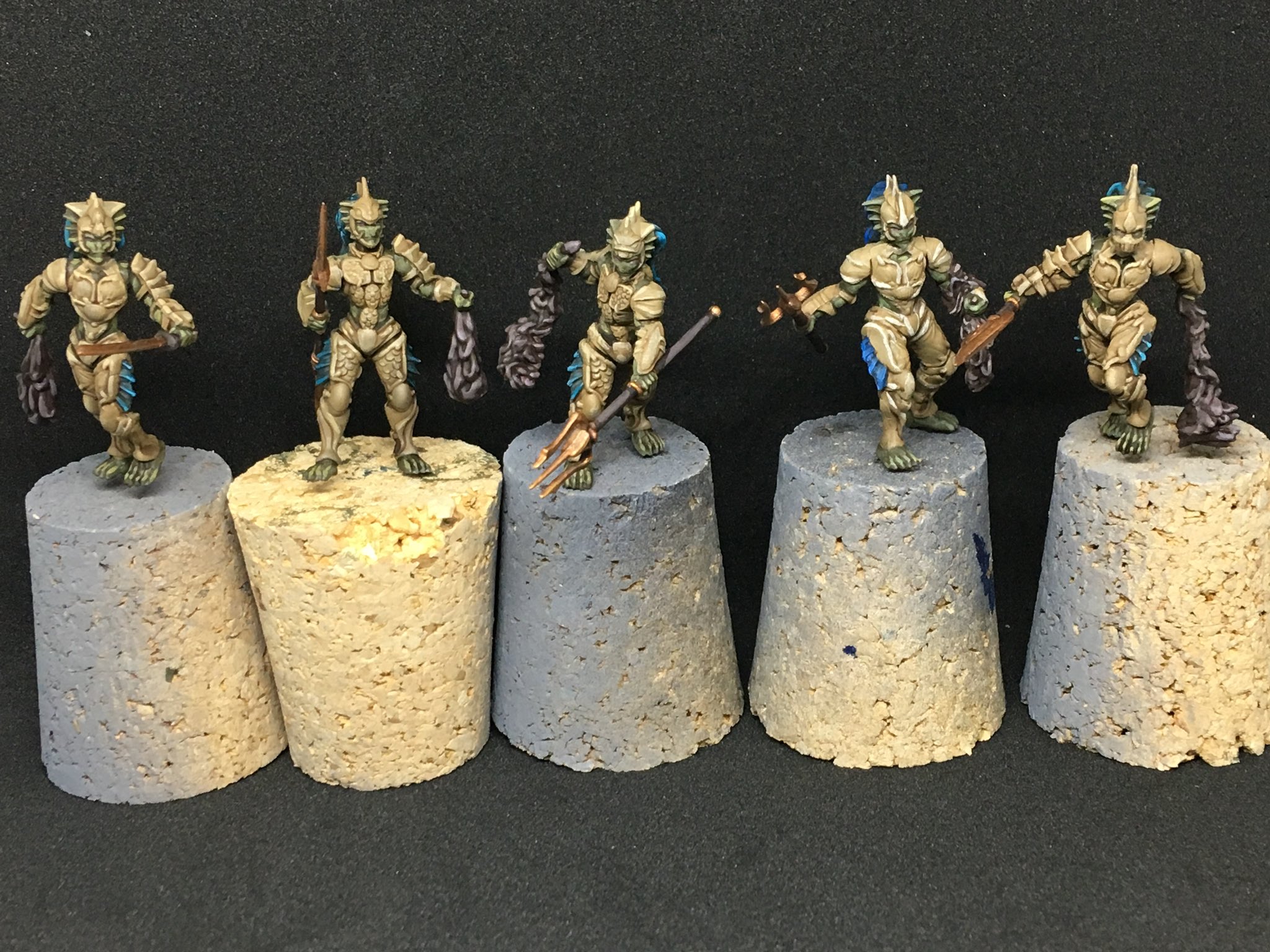 Originally i had intentions of a red poisonous toad theme but a bit of skimming the internet and i dug up the old stingray aqua men who are a nice shade of olive green. This appealed far more than the washed out blue/pearl combination on the box art. It also meant slipping back into old habits and using similar palettes of cream, green and brown as i use on my orcs and goblins. Plus sides for this were also that I’m well versed in the shading and highlighting of these colours, and that I’d be applying the same wash over the whole mini. These points meant knocking out hordes of Naiads would be achievable in my lifetime.

Along with the Mantic only army i decided i wanted to go for maximum model count if at all possible. As the base of my infantry will be naiads and i have both the mega and regular armies from Mantic i should easily manage this. Big monsters, placoderms and depth horrors are out so i’ll be basing my army around big infantry blocks with staying power accompanied by harassing skirmishers and some wyrm riders and water elementals for punch. My abyssal blocks of infantry are often top performers outlasting and outscoring the big nasties so with a better regen and ensnare I’m hoping my Naiads do the same.
KoW Trident-Realms